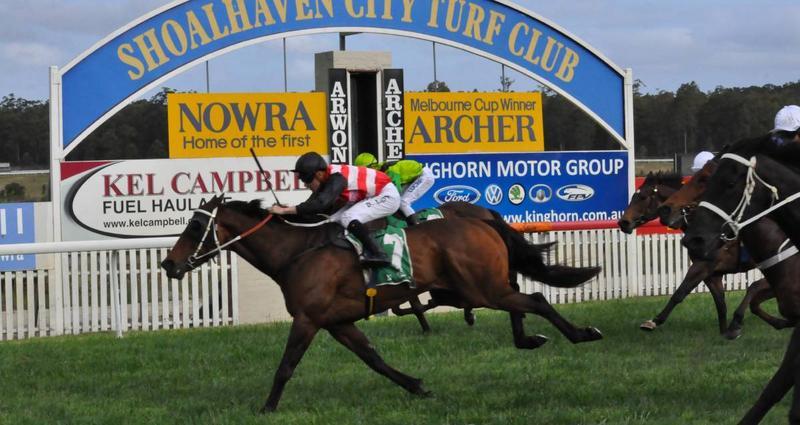 The 2015 Mollymook Cup was won this year by four-year-old gelding, Chief In Command. Bede was honoured to win the cup and this year's win takes his tally of Mollymook Cup wins to eight.

Ridden by apprentice jockey, Brodie Loy, Chief In Command settled in behind the leaders for most of the race, before finding a gap to move forward 200 metres before the winning post.

Considering it had been seven months since he last raced, Bede and the owners were very pleased with the win.