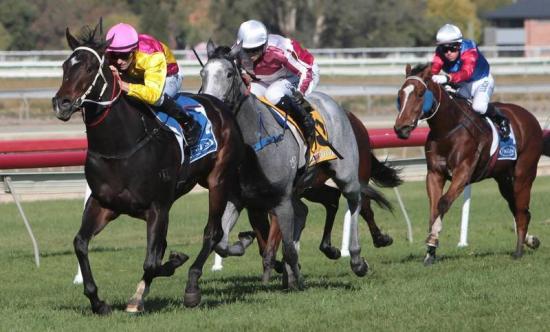 Thirteen horses were taken to the Wagga Gold Cup carnival this year and we returned with three winners, four seconds and a third. Wagga was one of Bede's favourite carnivals and the stables did him proud.

Flash Fibian claimed the $50,000 Inglis bonus race this year, a race that Bede targetted and won on two previous occasions. It was now Paul's turn to take the honours in the Harrison's Joinery 2016 Inglis Bonus 2YO Handicap.

Swift Reply and Coolotta were also winners with Sure and Fast narrowly missing out on taking out the $100,000 Wagga Town Plate by coming second.

All-in-all it was a wonderful carnival for the Murray Stables!