Bede Strikes Gold With Yet Another Provincial Series Champion! 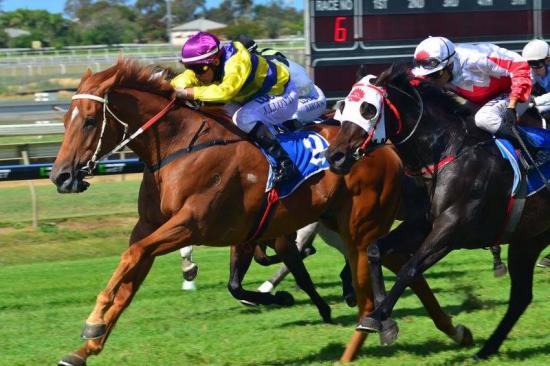 Bede has proven himself to be a master of placing horses by aiming Gold Horizon at the 2015 Queensland Provincial Series. Gold Horizon, a Choisir gelding bred and owned by Bede, travelled to Queensland early November in order to race and qualify for the series final. And  qualify he did when he placed third at Ipswich on 25 November 2015.

The $100,000 Hamilton Hotel RQ Summer Provincial Series final for horses with no metro wins was run at Doomben on 5 December 2015. Ridden by experience hoop, Jeff Lloyd, Gold Horizon ran an  impressive race to take line honours and notch up another Provincial Series win on Bede’s belt. Following on from Sure And Fast’s win in the inaugural Provincial Championships last autumn at Randwick, Bede is proving himself as the provincial champion trainer to beat!