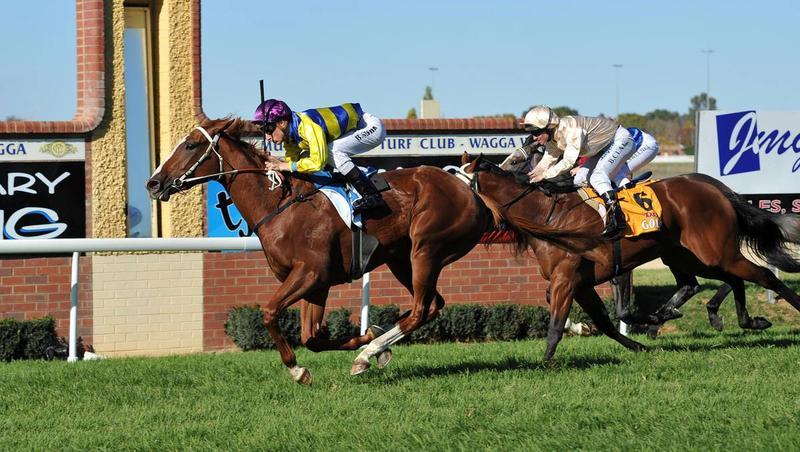 Chosen Song has had an impressive start to her racing career finishing second in her debut race at Kembla Grange and then winning her very next start at Wagga.  And what a race to win!  Bede took her to Wagga on 2 May 2013 to race in the Sportsbar Plus Inglis Bonus 2YO Handicap (1200m).  The race had a $50,000 Inglis Bonus attached and Chosen Song ran away from her rivals and walked away with the bonus.  Bede believes the Choisir filly has a bright future ahead of her and thinks she will make a great three-year old.